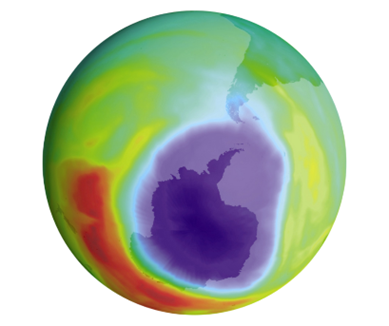 About 50 years ago, scientists reported that the chlorofluorocarbons (CFCs) were contributing to the thinning of the Earth’s ozone layer, which protects us from harmful radiation. At the time, CHCs were in the refrigerants used in fridges and air conditioners, aerosol spray cans, blowing agents for foam and packaging materials, and as solvents. The damage to the ozone layer couldn’t be ignored - by the 1990s the concentration of ozone over Antarctica had dropped to less than half the level measured in 1979.

We need the ozone layer to protect us

The ozone layer sits about 15-30 km above the earth’s surface (way above where airliners fly) and acts just like a ‘sunscreen’ for our planet by absorbing the sun’s ultraviolet-B (UV-B) radiation and protecting humans, animals and crops. A healthy ozone layer is vital. Without it, UV-B radiation exposure can lead to skin cancer, genetic damage and immune system suppression in humans and animals, and lower crop production.

And Australia’s in the hot seat

The ozone layer has thinned over the area called the mid-latitude, which stretches right across Australia. So, combined with our sun-loving lifestyle, this means Australians’ risk of over exposure to UV-B is higher than other parts of the world. In more recent studies, scientists have reported that ozone depletion is also directly contributing to climate change across the Southern Hemisphere.

Good news – the world took action back in the 90s

Once a connection between chlorofluorocarbons and the thinning ozone layer was made all those years ago, the international community joined forces to phase out ozone depleting substances. In 1987, the United Nations (UN) created the Montreal Protocol on Substances that Deplete the Ozone Layer, the only UN treaty ever to be ratified by all member states.

Soon after, Australia’s Ozone Protection and Synthetic Greenhouse Gas Management Act (1989) was introduced, designed to reduce emissions of environmentally harmful refrigerant gases. Subsequently, the production and use of those chemicals was phased out and, today, CSIRO says the ozone layer is expected to recover to fully by 2060-70.

But with the phase out, new challenges emerged

Most ozone depleting substances like chlorofluorocarbons, hydrofluorocarbons (HFCs) and a range of other chemicals used in refrigeration and air conditioning have been replaced with synthetic greenhouse gases. These are man-made chemicals that don’t damage the ozone layer, but they do contribute to climate change. If they’re released into the atmosphere, these very stable and long-lasting gases trap heat for a long time, increasing their contribution to climate change. The new challenge is to prevent those gases entering the atmosphere.

Australia’s refrigeration and air conditioning sector is the country’s single largest user of ozone depleting substances and synthetic greenhouse gases. To assist the knowledge training and skills development of a network of RAC technicians and businesses, the Australian Government established ARCtick, a national licence scheme in 2003. The licence scheme ensures that Australia’s 115,000 technicians and businesses have the qualifications, skills and commitment to prevent the release of synthetic greenhouse gases into the atmosphere.

How does the ARCtick licence scheme protect the environment? 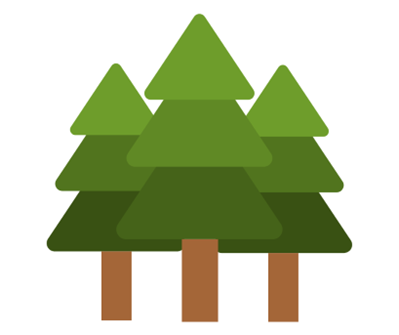 Today, Australia’s refrigeration and air conditioning (RAC) sector has shown the world how a successful licence scheme can make a massive contribution to protecting the environment. Since ARCtick was established, the industry has contributed to a reduction of more than 25 million tonnes of carbon dioxide equivalent (a standard measurement for greenhouse gases’ global warming potential) direct emissions.

So when RAC technicians take care of the refrigeration equipment that keeps perishable items cold and maintain the air conditioners that cool our homes, vehicles and public spaces, they are following strict guidelines that prevent the release of the harmful gases into our atmosphere. Similarly, businesses buying, storing or selling fluorocarbon refrigerant stick to clear procedures that ensure the safe containment of the substances.

And for the future?

The ARC continues to provide leadership, value and knowledge to the industry through:

• Helping industry to “build their businesses” through various services 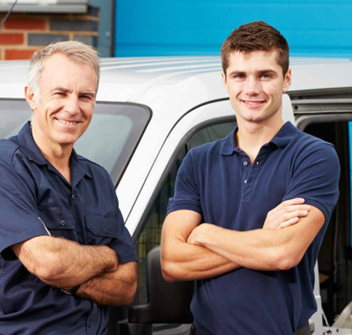